Comtats de Barcelona is the area where more than 95% of Cava production is concentrated. It is here that we find the home of this quality Spanish sparkling wine, in the municipality of Sant Sadurní d'Anoia, considered to be the "capital of Cava". This town is where the first bottles of Cava were produced in 1872.

This area is located in Catalonia, in the north-eastern part of Spain, along the Mediterranean coast and close to the iconic and cosmopolitan city of Barcelona.

Return to the national map

Comtats de Barcelona takes its name from the former counties and medieval territories under the auspices of the Count of Barcelona, and encompasses the lands to which the title was historically linked.

In general, the climate is Mediterranean, with some variations between the areas closest to the coast and those inland, which tend to have a continental Mediterranean climate.

This area therefore offers typical attributes of the Mediterranean environment: a very long summer season, with plentiful hours of sunshine and high temperatures in the spring-summer period. This climate gives rise to optimum conditions for grape ripening, and for the different varieties to develop and adapt to the diverse landscapes which make up the area.

In geographical terms, the Comtats mainly consist of beautiful valleys or depressions between mountain ranges of medium elevation, with different orientations, thereby allowing the cultivation of vines at different altitudes.

The Comtats de Barcelona area, thanks to its diversity of terrain, is characterised by particular and unique situations of exposure, orientation, altitude and microclimatic effects, such as the wind system, relative humidity, and proximity to the sea. This means there are many possibilities for different grape varieties to adapt and produce highly versatile wines.

At the same time, the Comtats de Barcelona area allows the production of wines with specific characteristics. With this distinction in mind, the territory is divided into five different sub-zones, taking into account not only their geographical locations within the Catalan territory, but also the soil and micro-climatic conditions that differentiate them and make each one unique: Valls d'Anoia Foix, Serra de Mar, Conca del Gaià, Serra de Prades and Pla de Ponent. 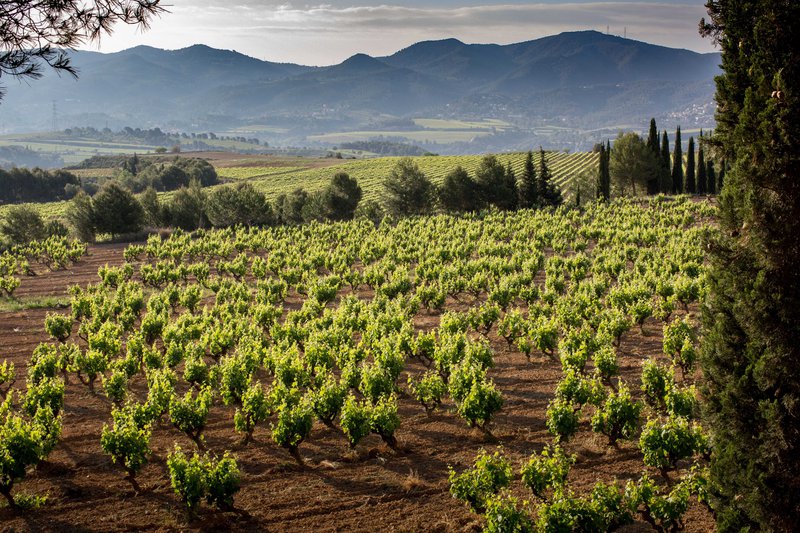