The aromatic harmonies of CAVA 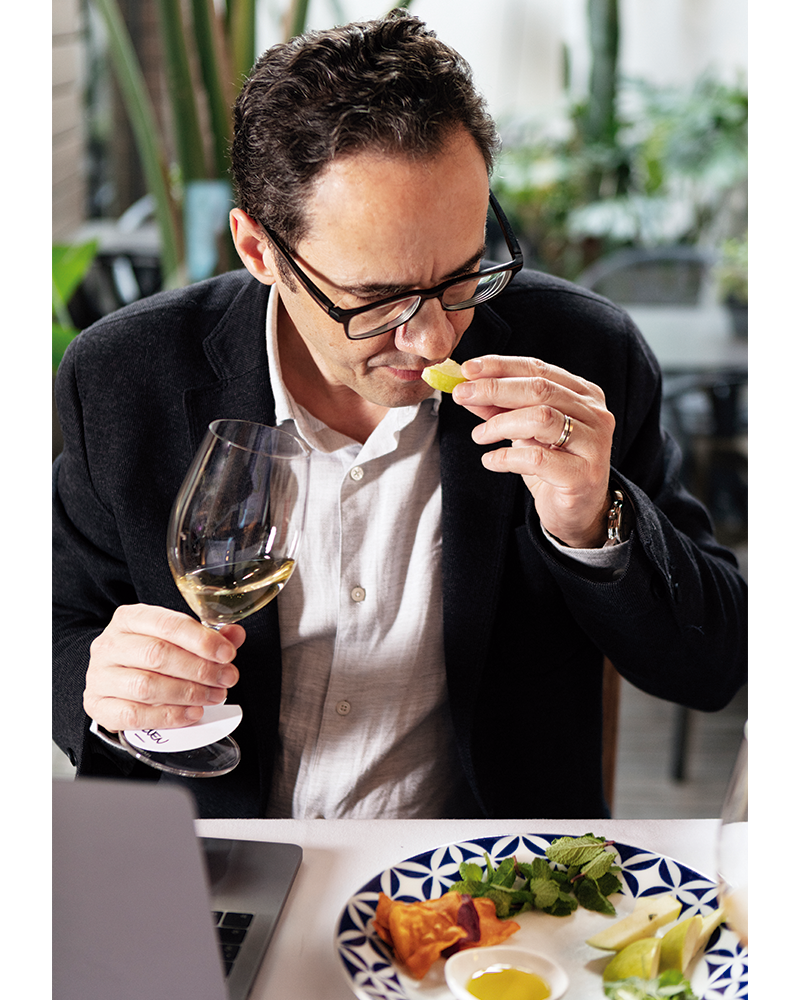 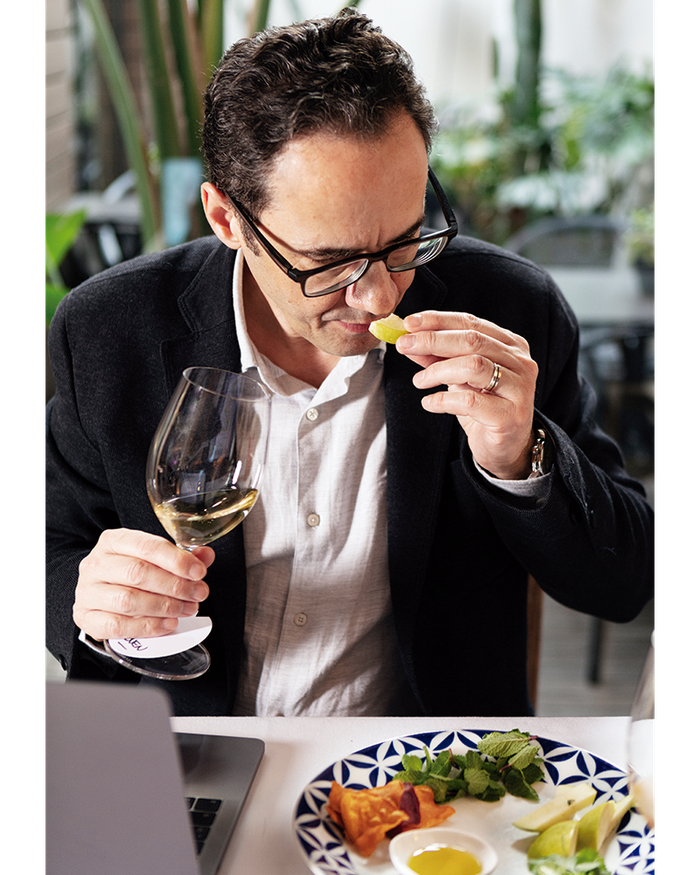 After conducting in-depth research, the expert in aromas and “Créateur d’Harmonies” François Chartier has published this ground-breaking scientific study.

Chartier demonstrates that Cava is the best ally of gastronomy, and pairs perfectly with an infinity of flavours from around the world.

After carrying out general aromatic profiles of the four different categories of Cava (Traditional, Reserva, Gran Reserva and Paraje Calificado Cava), Chartier analysed the dominant molecules for each category through the aromatic science of “molecular harmonies”. This science was created and published in Chartier’s book “Papilles y Molecules: La Science Aromatique del Aliments y des Vins” (Tastebuds and Molecules: the Art and Science of Food, Wine and Flavor), which won Best Innovative Cookbook in the World at the Gourmand World Cookbook Awards 2010.

Chartier’s exhaustive research has led to the identification of multiple ingredients which are complementary to Cava and are translated into an infinity of recipes from around the world.

Never before has the union between Cava and Gastronomy been so precise! 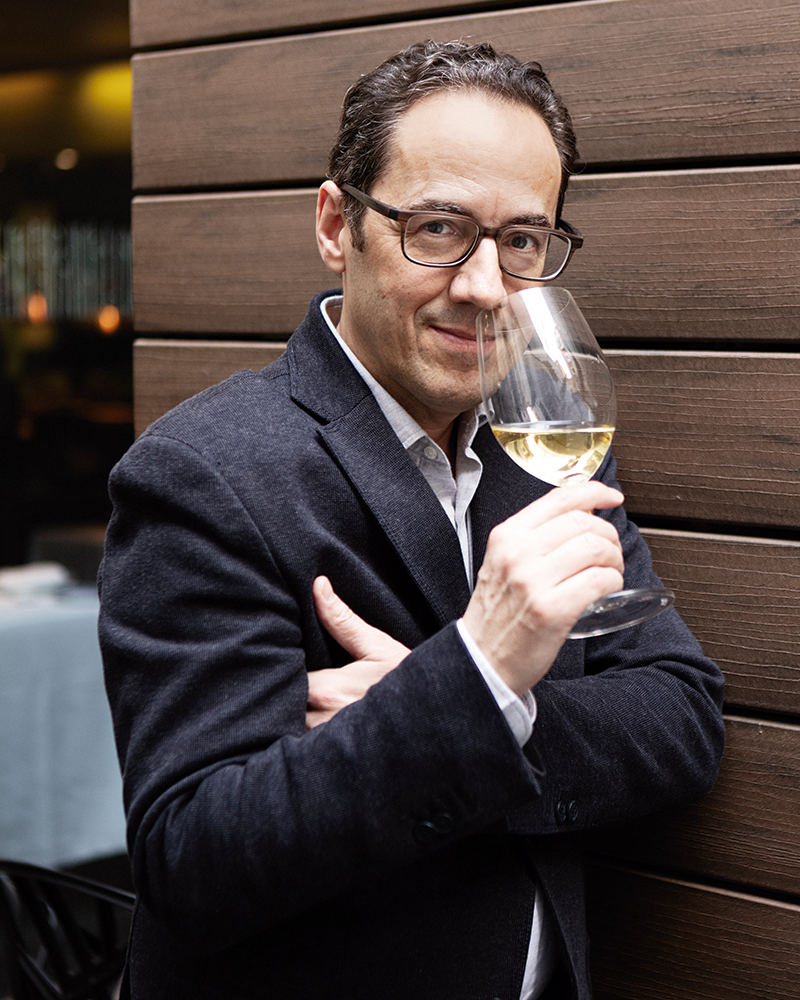 François Chartier, aromas specialist, is regarded internationally as one of the pioneering researchers in aromatic recipes and “molecular harmonies”, or how to create ideal harmonies in food and wine pairings, based on a discipline he created in 2002, which maps out the aromatic molecules that give food and wine their flavour.

The world-renowned wine critic Robert M. Parker Jr. says that Chartier is “pure genius”, while Ferran Adrià considers him to be “the number one expert on flavours”. He is the author, among other works, of Tastebuds and Molecules, the best innovative cookbook in the world according to the 2010 Gourmand World Cookbook Awards. Since 2018 he has been an honorary member of the Sony A.I.q Tokyo research team, collaborating with their artificial intelligence and gastronomy project. 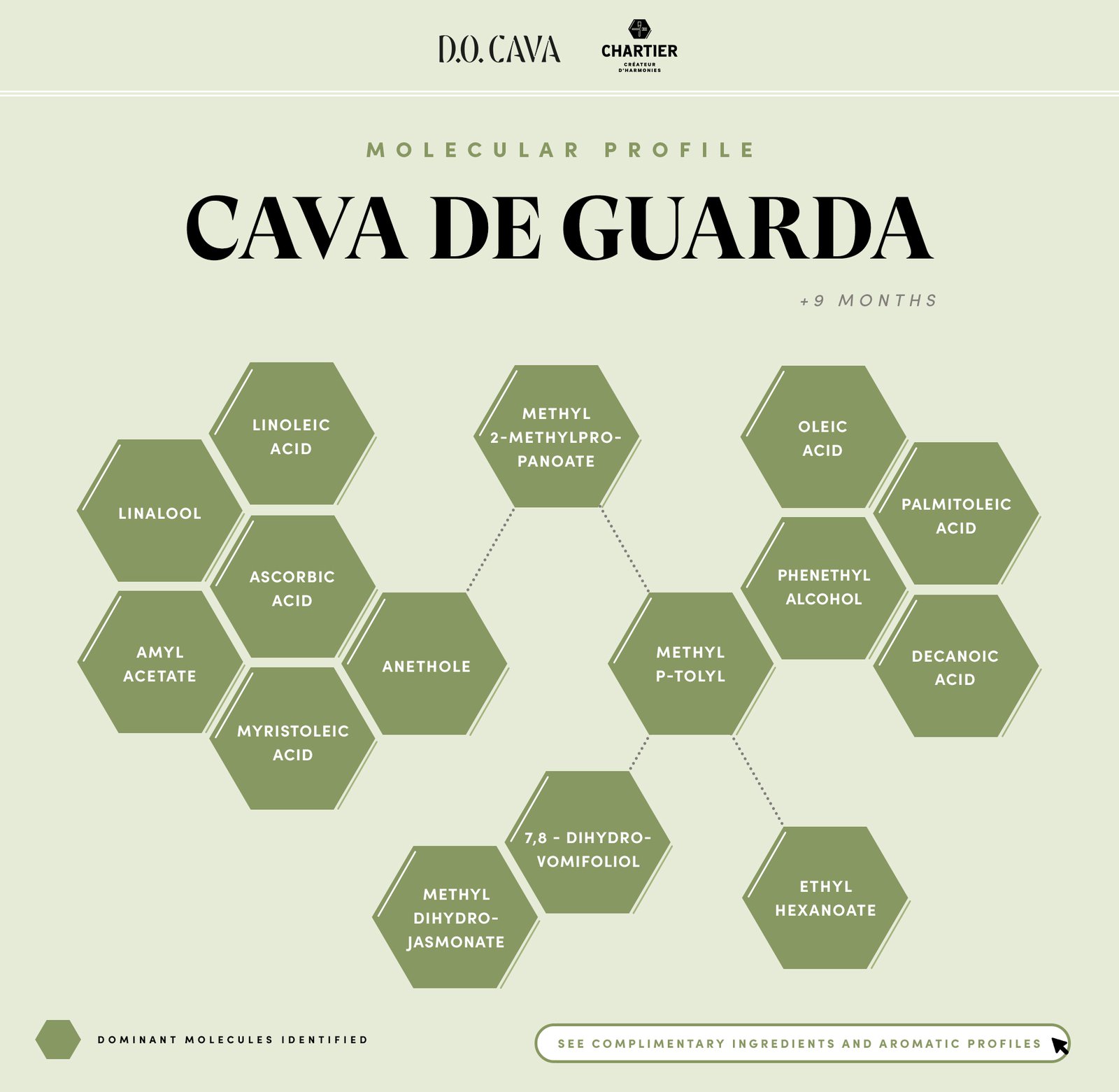 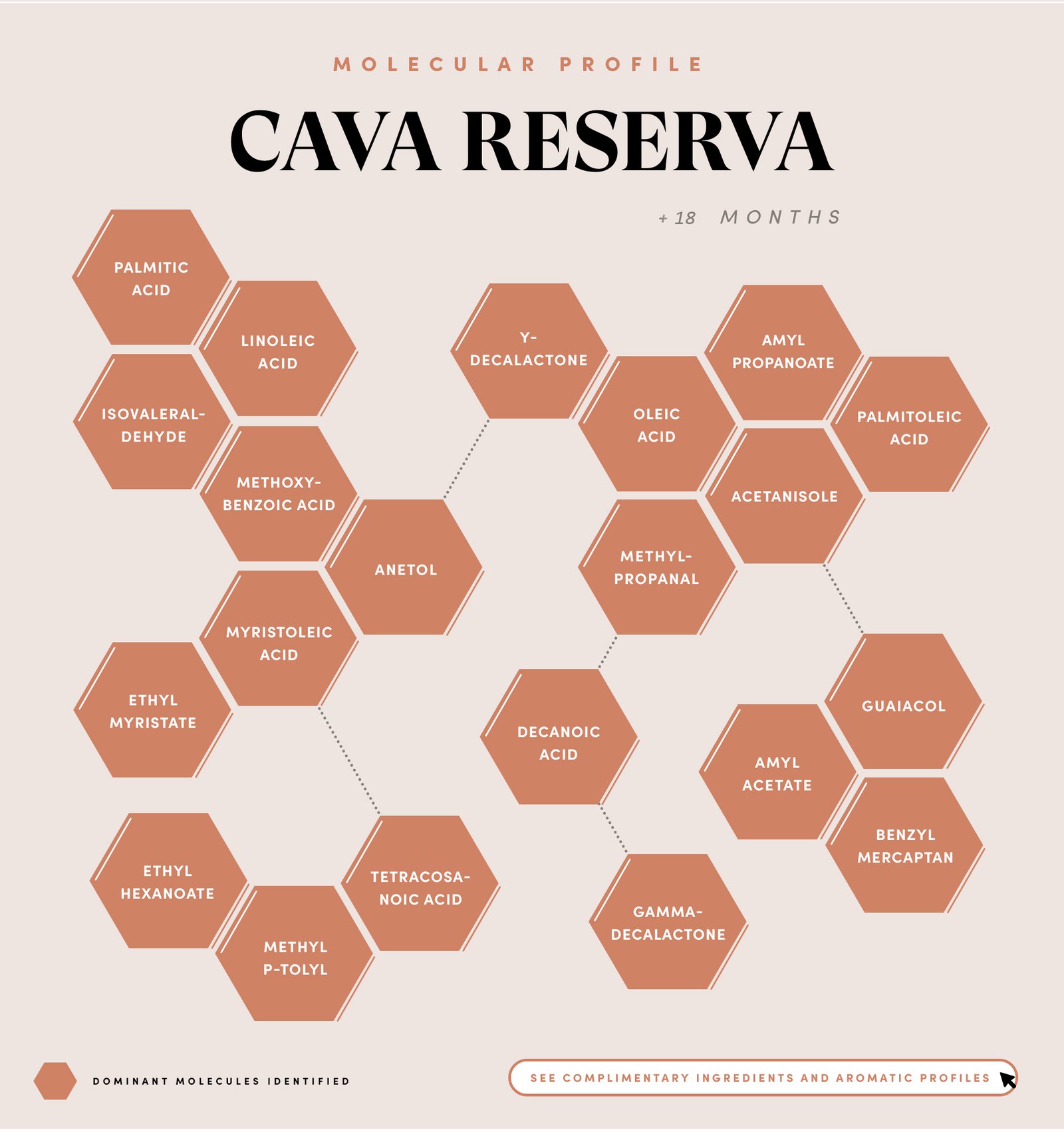 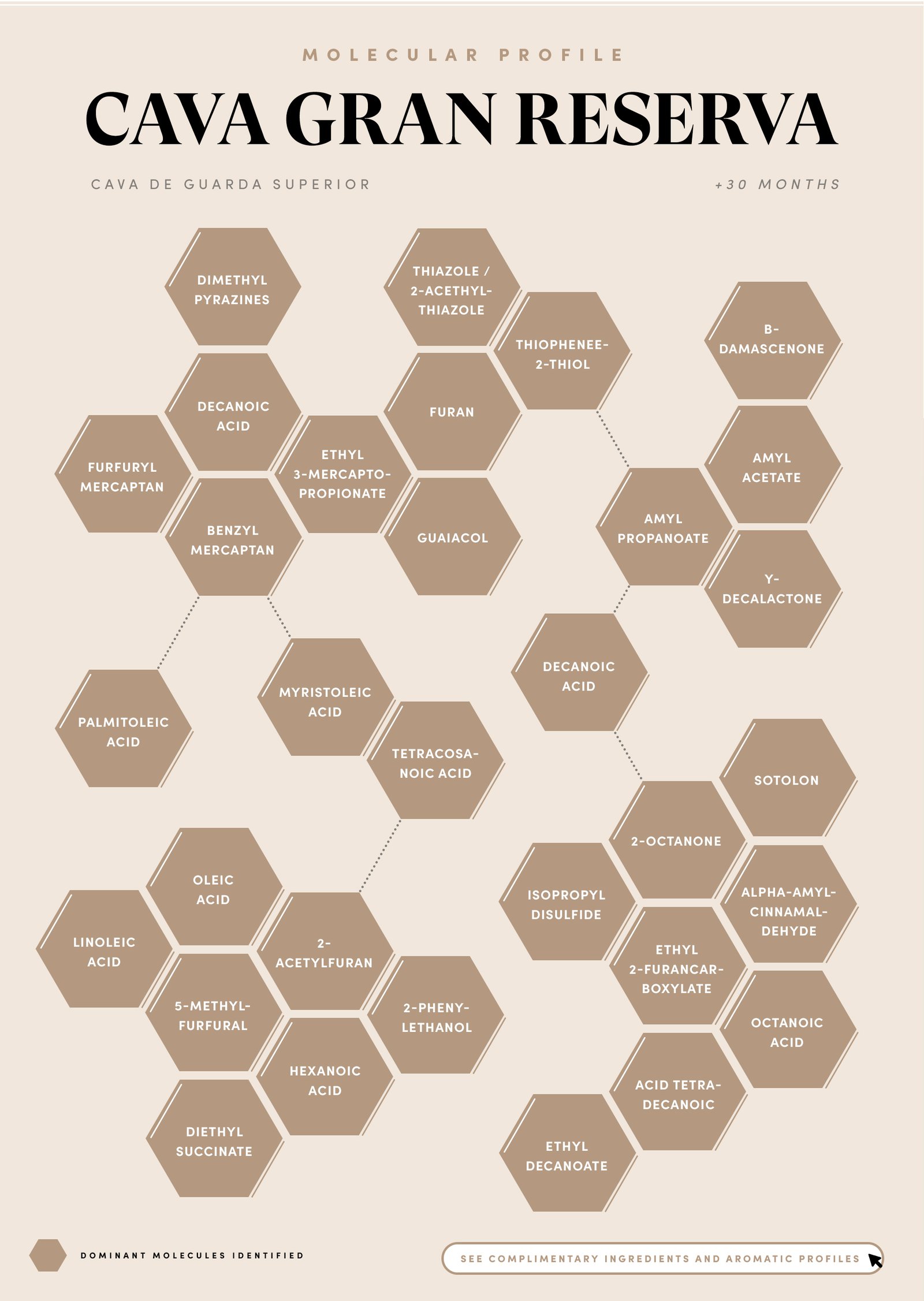 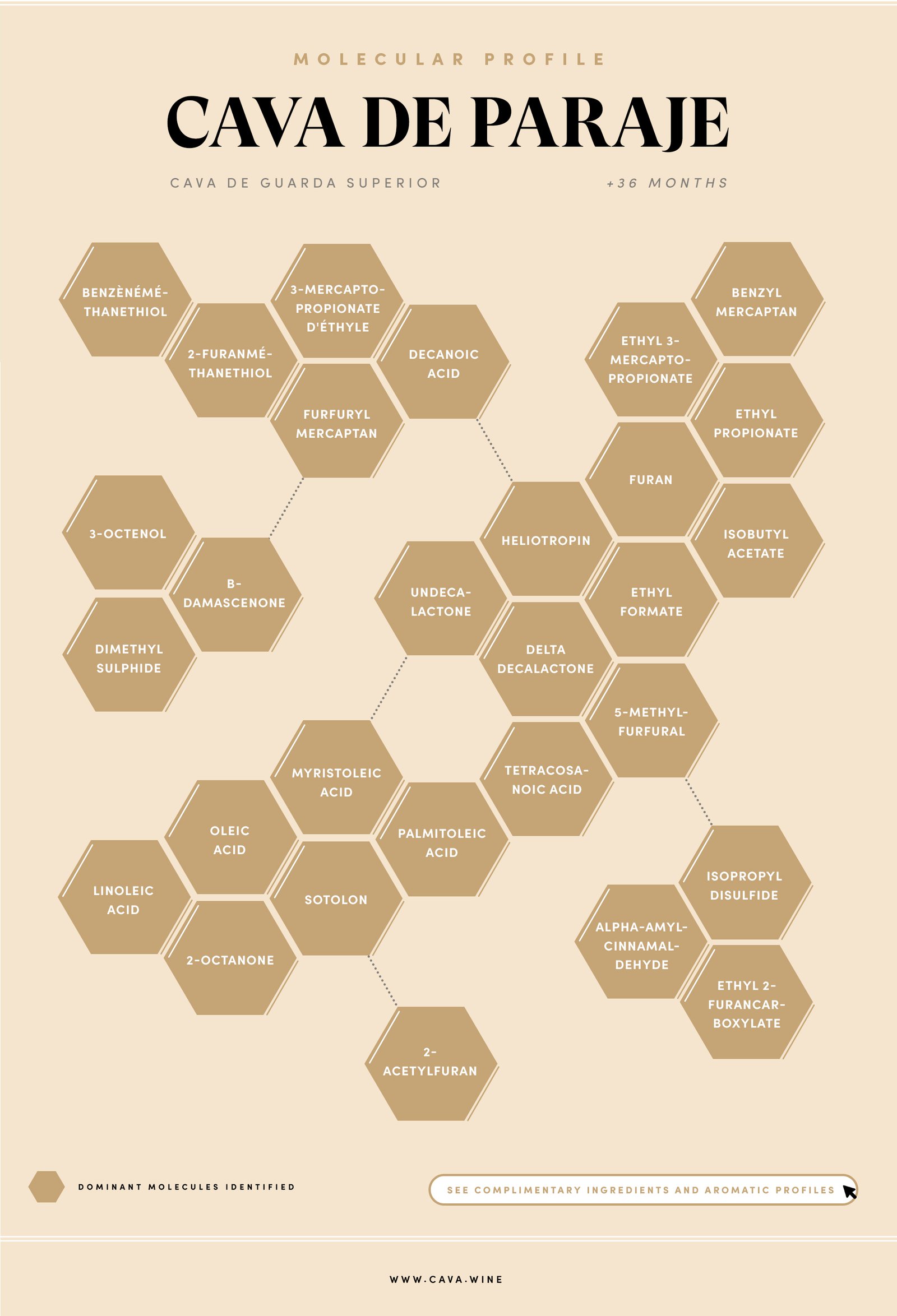