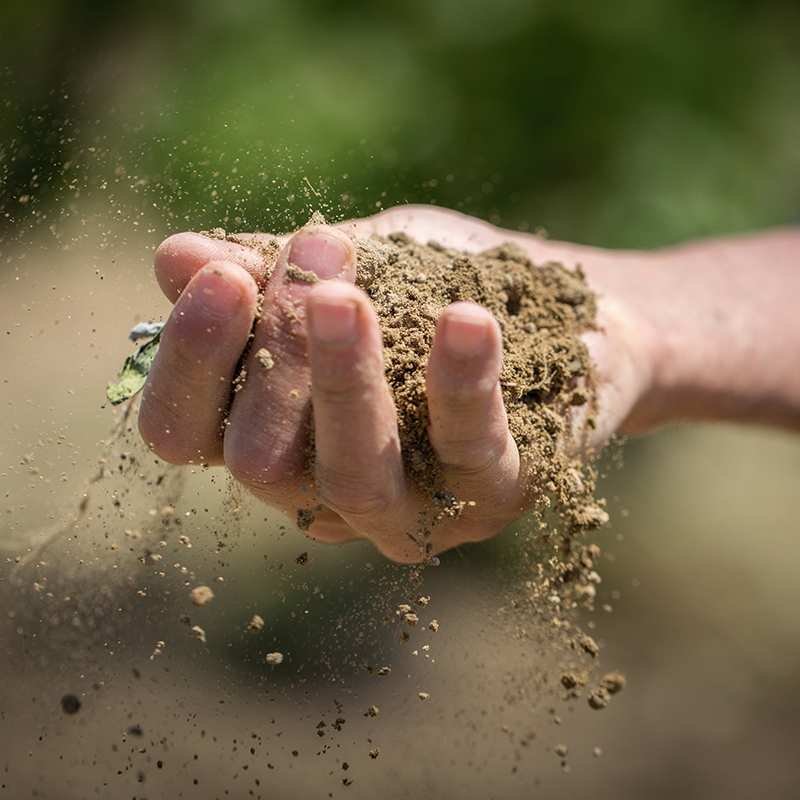 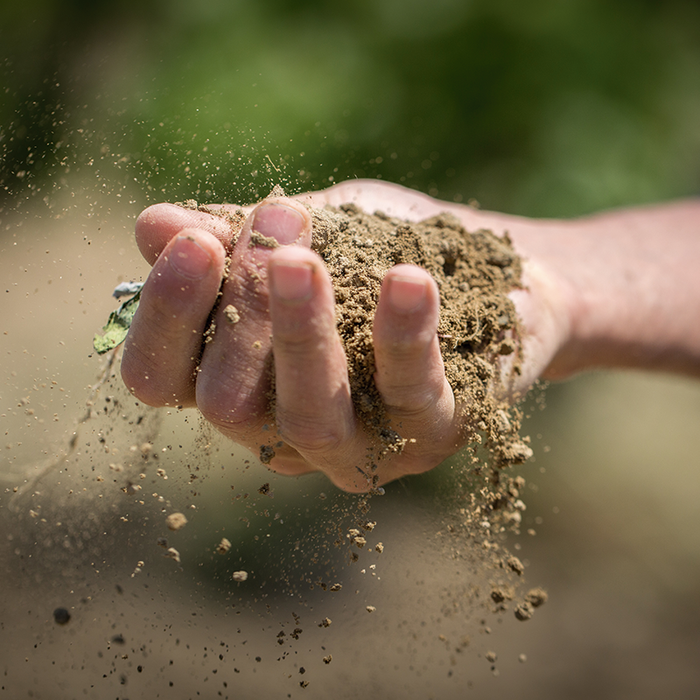 Finding a way to produce Cava with the lowest possible impact on the environment is a major concern for many wineries of the D.O. (Designation of Origin) Cava.

Due to its geographical location, the D.O. Cava offers favourable conditions for the implementation of organic viticulture. Together with the clear vocation towards sustainability of many of its wineries, this has led to a commitment to organic products and production, as well as important advances in the field of research.

In order to demonstrate their continuing progress along the path of sustainability and respect for the environment, the winemakers have implemented some measures:

The challenge of sustainability

Likewise, the Regulatory Council has made a firm commitment to sustainability through the regulation of Guarda Superior Cavas (Reserva, Gran Reserva and Paraje Calificado categories). The production of these Cavas will be 100% organic from 2025 onwards, and they will be produced exclusively by specifically selected vineyards that are certified as organic. This is a unique differential in the D.O. Cava in general, and for this segment in particular.

The D.O. Cava is aware that only sustainable development can guarantee the future of the sector for generations to come. For this reason, the importance of respecting the environment, and of continuing to develop and implement further such measures, are clearly understood. 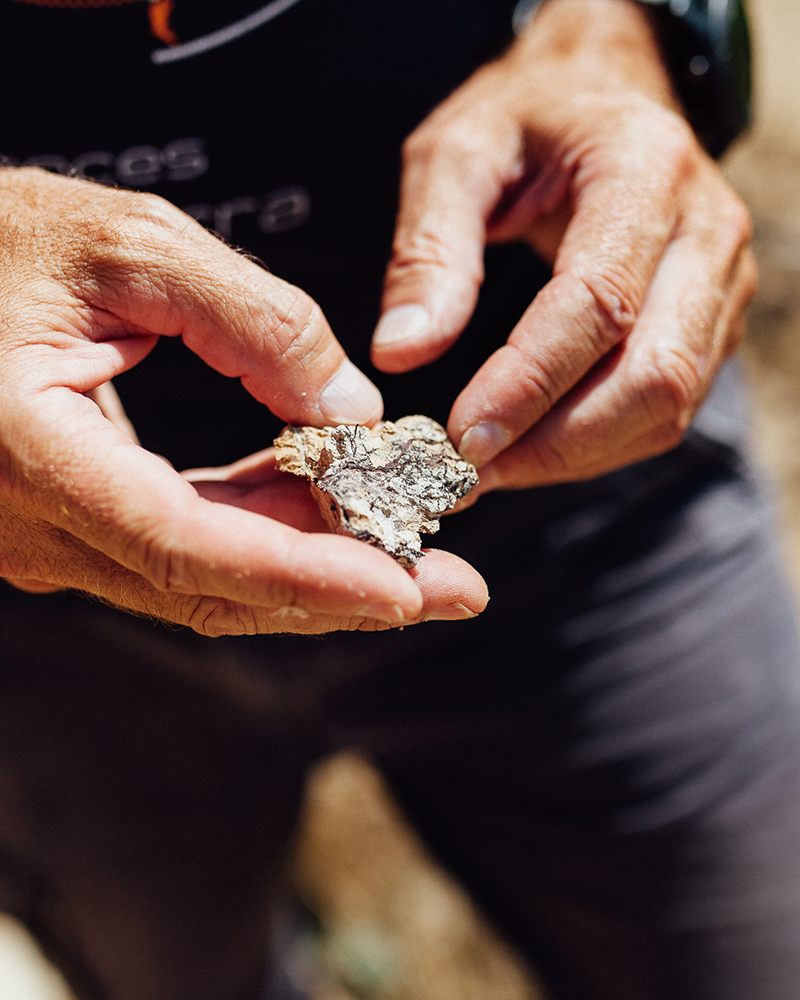 Adapting the market to sustainability 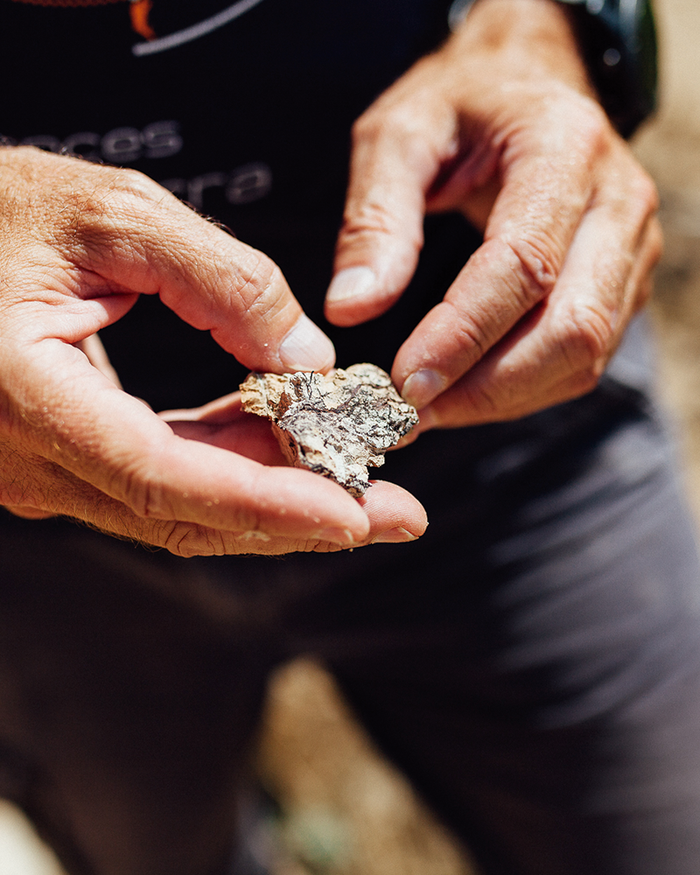 Spain is the European leader by area of certified organic vineyards, with almost 110,000 hectares registered in the D.O. Cava. Organic agriculture certification is not only important for producers when selling their Cavas, but also for consumers, who can make their choice based on this certificate.

The European Union's organic certification guarantees that no chemicals have been used in the vineyard for the past three years or more, through documentary checks of the process and regular on-site inspections by the administration.

In addition to this, the Catalan Council for Organic Agricultural Production (CCPAE), under the tutelage of the Catalan administration, also grants its own certification to organic plant-based products grown without chemically-synthesised fertilisers or pesticides (fungicides, insecticides or herbicides).

For example, organic herbicides can be used, such as pheromones used for pest control. These function by imitating the substances secreted by the insects themselves to warn of danger or to attract the opposite sex.

The path to a sustainable future - the vineyard 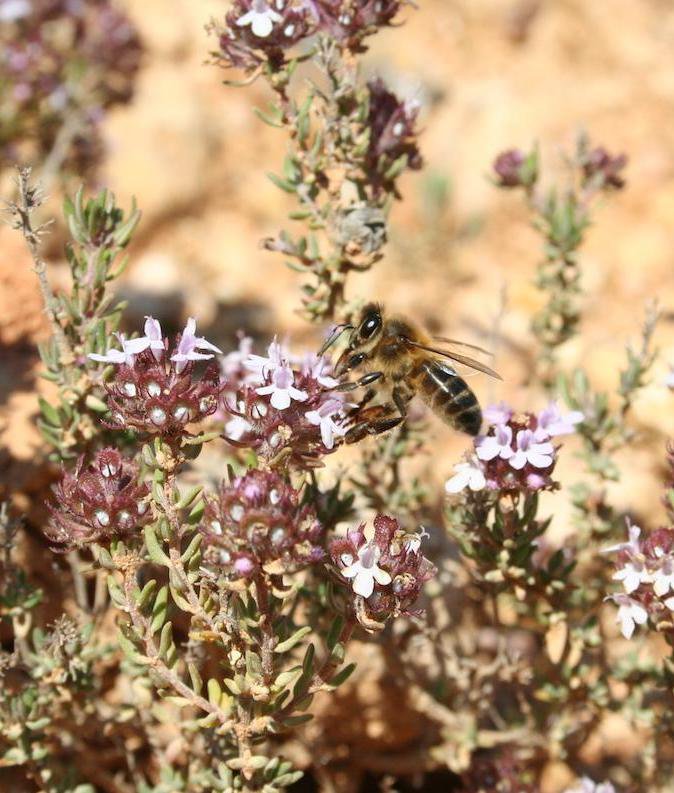 Some Cava wineries are gradually moving over to organic methods, in order to guarantee sustainability. The most obvious example is VRIAACC, a project of three wineries where indigenous grape varieties that are resistant to climate change and disease are grown in an experimental vineyard.

Currently Alta Alella winery is investigating the resistance of varieties such as Xarel.lo, Macabeo, Parellada, Tempranillo and Garnacha to diseases such as oidium and mildew. This would result in reduced use of copper and sulphur in the vineyard, as well as lower greenhouse gas emissions, less soil compaction, and less waste.

Moving one step beyond ecology, similar projects are being developed to find plants that are self-resistant to any disease. One of these is being carried out in agreement with the Catalan Institute of Vineyard and Wine (INCAVI): an experiment with plants which, through their sexual reproduction over many years, have become strong enough to resist diseases.

The programme also incorporates planting cover crops in its vineyards, which help to prevent soil erosion and encourage the activity of microorganisms. Other wineries such as Parés Baltà, which also cultivate their vineyards organically, keep bees that contribute to pollination during flowering. 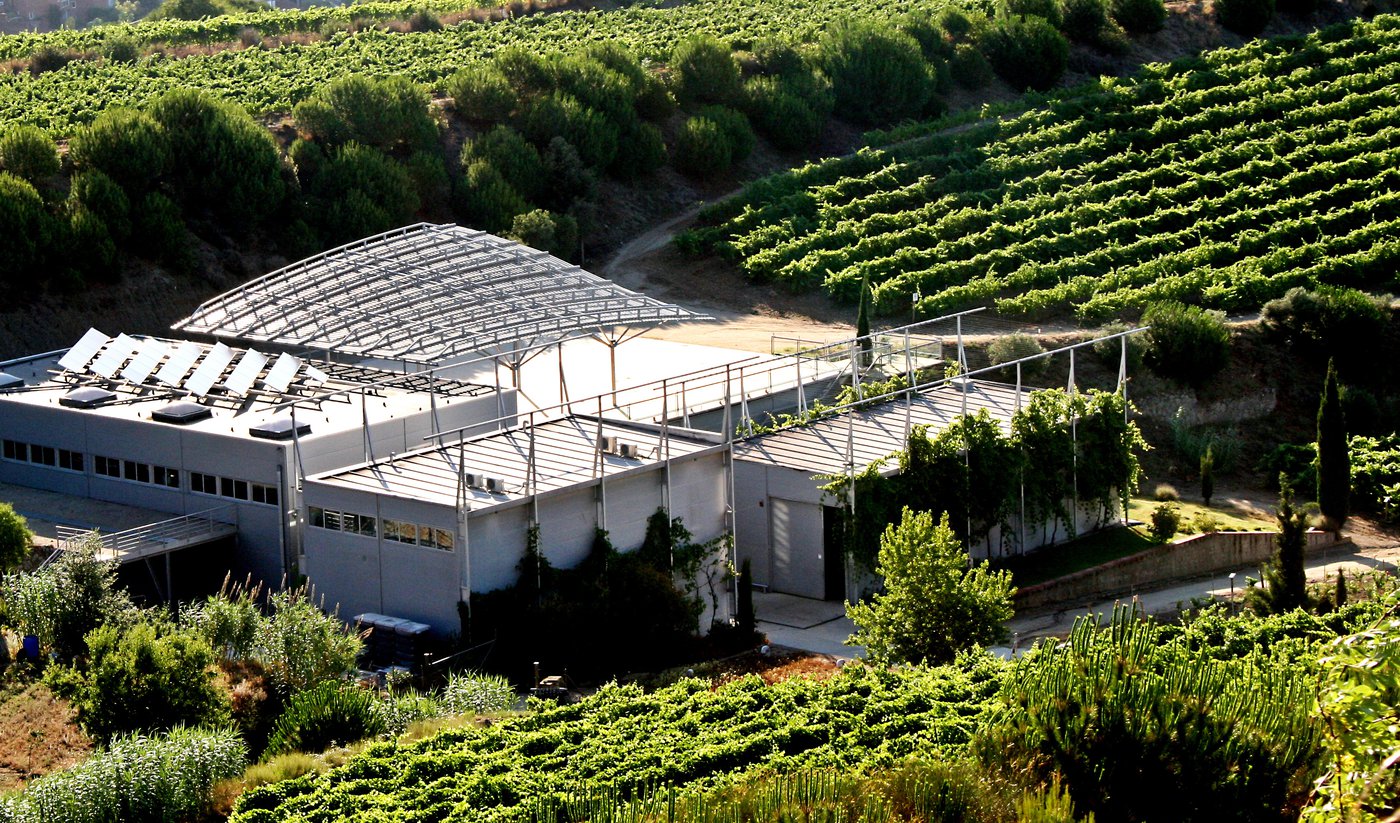 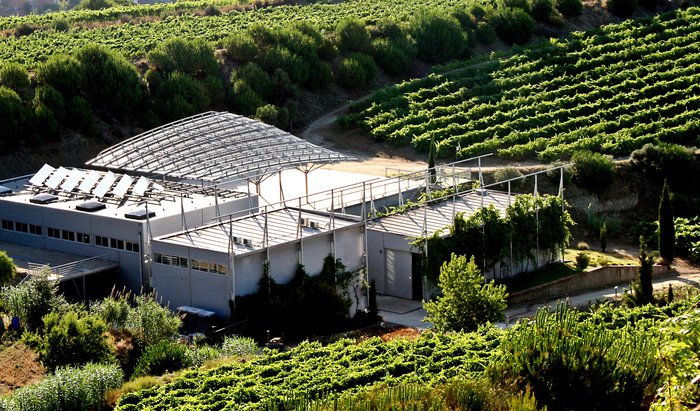 Other measures such as green harvest (removing selected bunches of grapes before they ripen, in order to aerate, prevent disease, and enhance the concentration and character of the remaining fruit) are also used in the Parés Baltà vineyard. At this winery, no artificial irrigation system is used, only natural rainfall; they have recovered a 100-year-old terraced plot, and are promoting biodiversity with a habitat that is favourable for rabbits, foxes and even wild boar.

All these efforts together can be called certified organic agriculture, which incorporates guaranteed crop rotation, the use of green fertilisers, and seeds selected according to their resistance to pests or their adaptability to different types of soil and terrain. Other practices include using compost preparations for organic fertilisers. 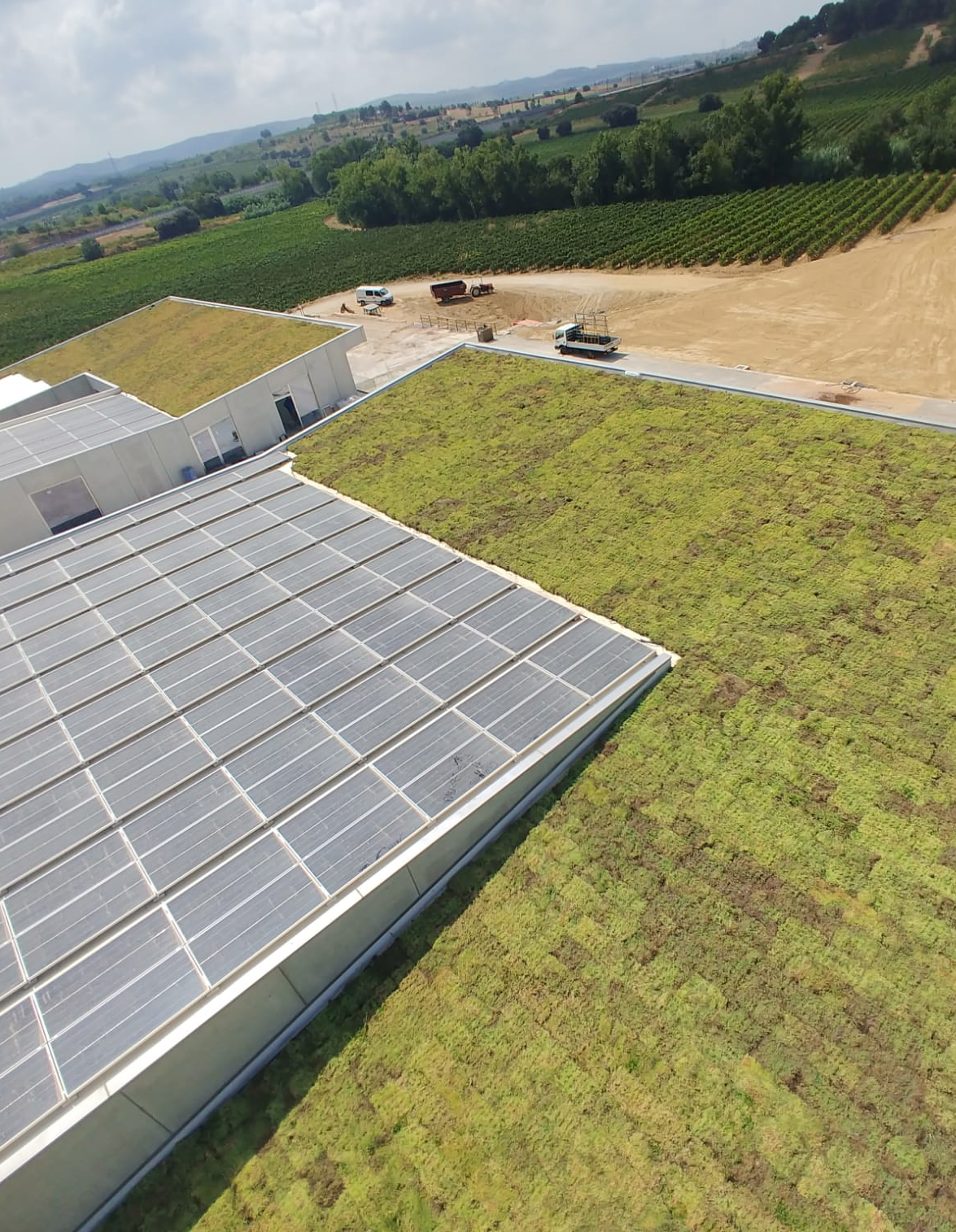 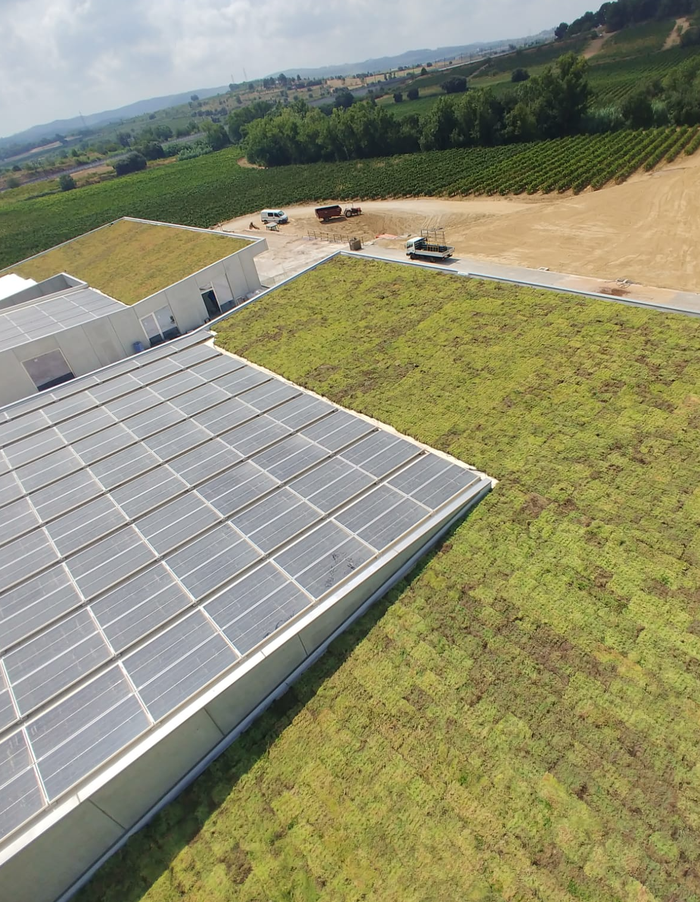 One biodynamic certification organisation is Demeter, an international body set up in 1924 based on the ideas of Rudolf Steiner. Its certificate guarantees the application of strict biodynamic agricultural principles by the producer, including authorised natural soil and compost preparations containing healing plants and minerals. This system ensures that agriculture is based on a sustainable, holistic approach, using the astrological calendar, from soil management and planting through to processing.

Pinord is the first winery in Spain to have its wine, including Cava, issued with an international certificate of biodynamic farming by Demeter. Under this scheme, the estate is considered as a single integrated organism in which plants, animals and humans live together harmoniously. From this holistic perspective, the focus is on enhancing and supporting the forces of nature, and observing the cycles of the moon and other celestial bodies in plant production and animal husbandry.

Vins el Cep is another of the Cava wineries that works actively to encourage sustainability in the vineyard. Working with its neighbouring winemakers, this winery has created Plant Defence Groups (ADVs), non-profit organisations that bring together local producers to collaborate with the Administration, with the aim of collectively limiting compounds that are harmful to life in the vineyard.

These growers have agreed to reduce the use of phytosanitary products; to promote the importance of methods alternative to chemical control in the vineyard; and to hire technical personnel to advise them on pest management.

The path to a sustainable future - the winery 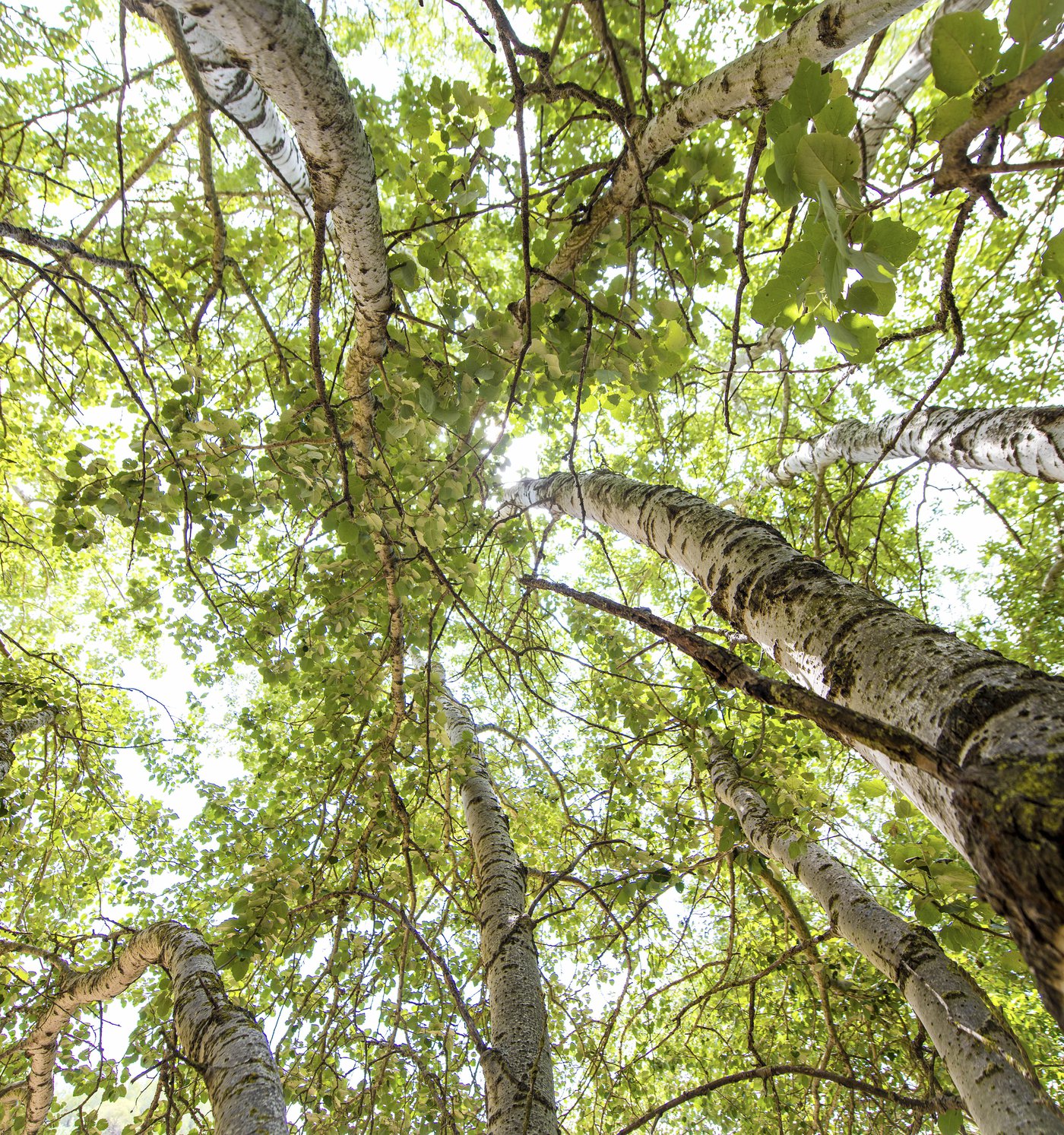 If the ecology of the vineyard is important, so is sustainability in the winemaking process. Vins el Cep, for example, has installed photovoltaic panels in its winery in order to be self-sufficient, using solar energy to keep the cellars cool.

In addition, the winery has adjusted the work schedule of its staff to coincide with the hours of sunlight according to the season, and has introduced a continuous working day (shorter hours, without a lunch break) to make the most of this emission-free solar energy.

Sumarroca, for its part, is working towards sustainability in the winery through the Voluntary Agreements for the Reduction of Greenhouse Gas Emissions programme, launched by the Catalonian Government in 2010. This programme offers tools and support to organisations based in the region that voluntarily establish a commitment to reduce their emissions, by monitoring them and proposing action plans for annual reduction.

Under this programme Sumarroca reduced its greenhouse gas emissions from electricity consumption by 24% during the first year, by adapting its facilities to increase their energy-efficiency. 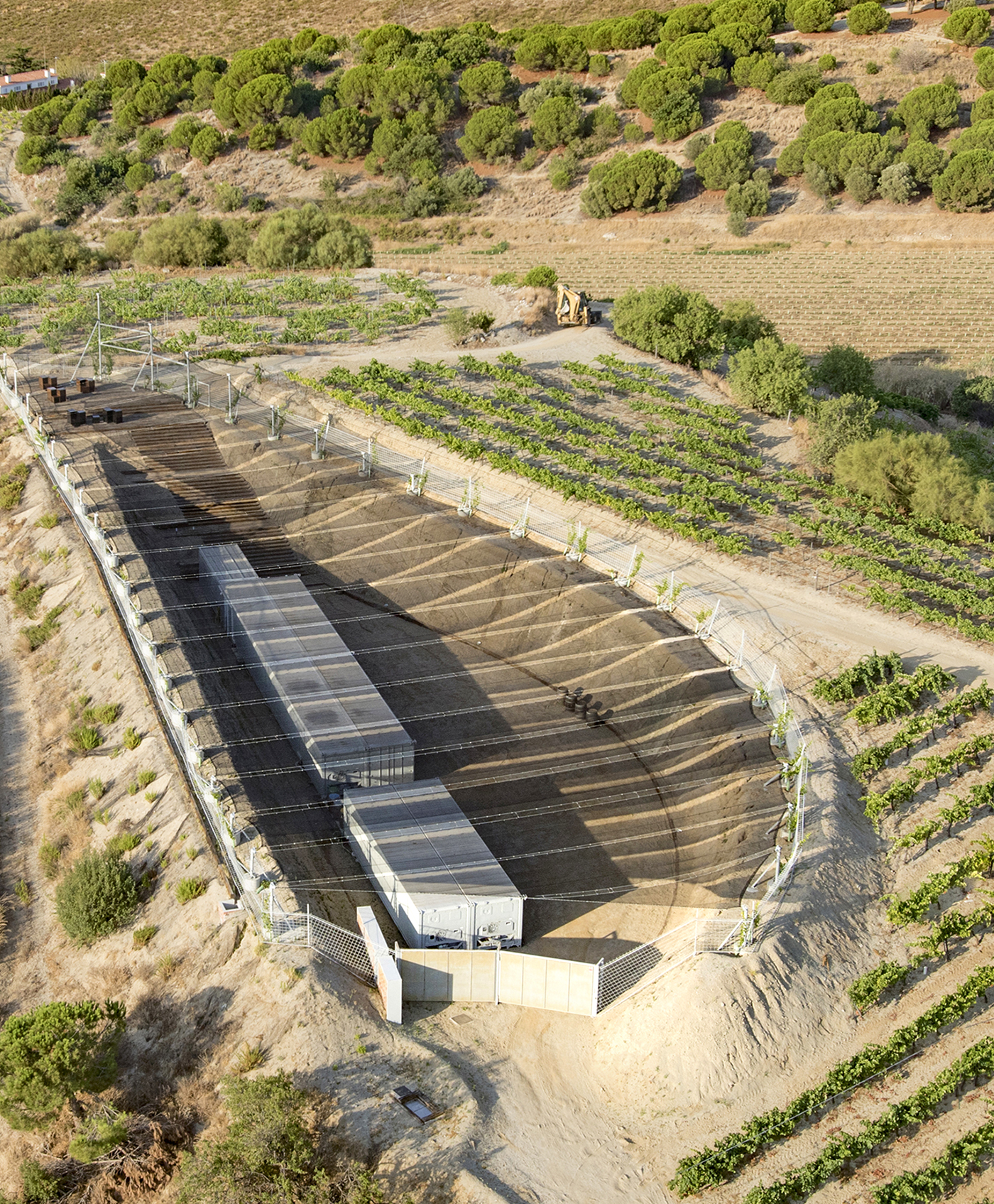 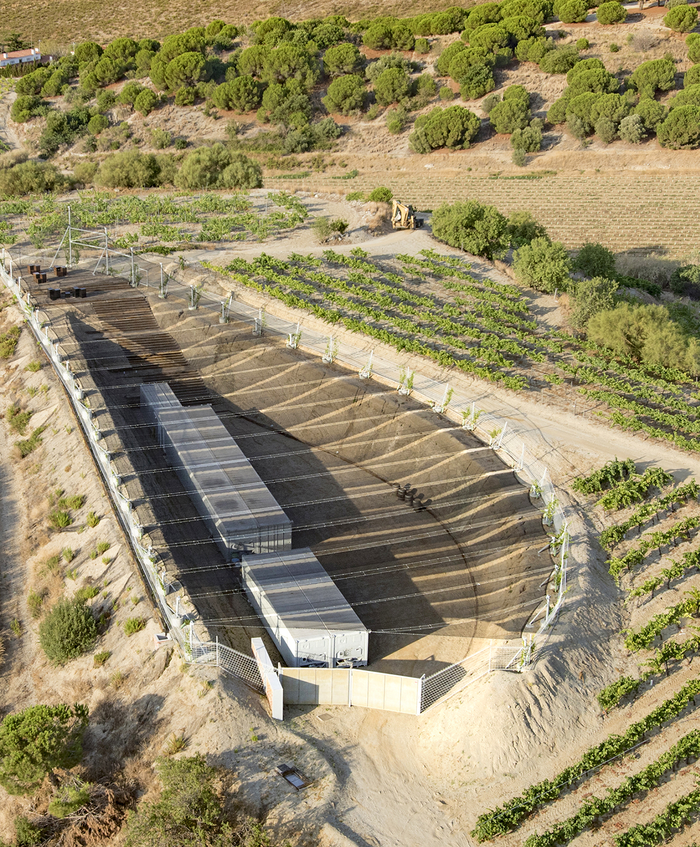 In addition to replacing the incandescent light bulbs with LEDs, the winery has installed a biological purification plant that collects water from the environment, and cleans and prepares it for irrigation. In terms of packaging, sustainable materials are used and as little waste as possible is generated.

Alta Alella, one of Cava's leading winemakers in terms of sustainability, has constructed a new separate winery, Celler de les Aus, to produce natural wines on its own land. Working with architect Alfons Soldevila, Alta Alella has used architecture to help achieve its goals of sustainability and respect for the environment.

Based on a philosophy of eco-design and organic architecture, Soldevila highlighted shade and silence as the main elements of the new winery: Celler de les Aus is located in a valley in the Maresme area which, unusually, has no roads.

In order to construct the winery, a cutting in the mountain was made, and the natural sandstone used as part of the construction, with a 30-40% slope, removing the need for retaining walls. Waste was kept to a minimum during building work

Six shipping containers, recycled from the Port of Barcelona, were installed on the site, draped with mesh which will eventually be covered with vine leaves, thereby blending in with the landscape. The entire winery is transportable and, if it was moved to another place in the future, the land would exactly remain as before: the ultimate in low ecological footprint.

The path to a sustainable future - the product 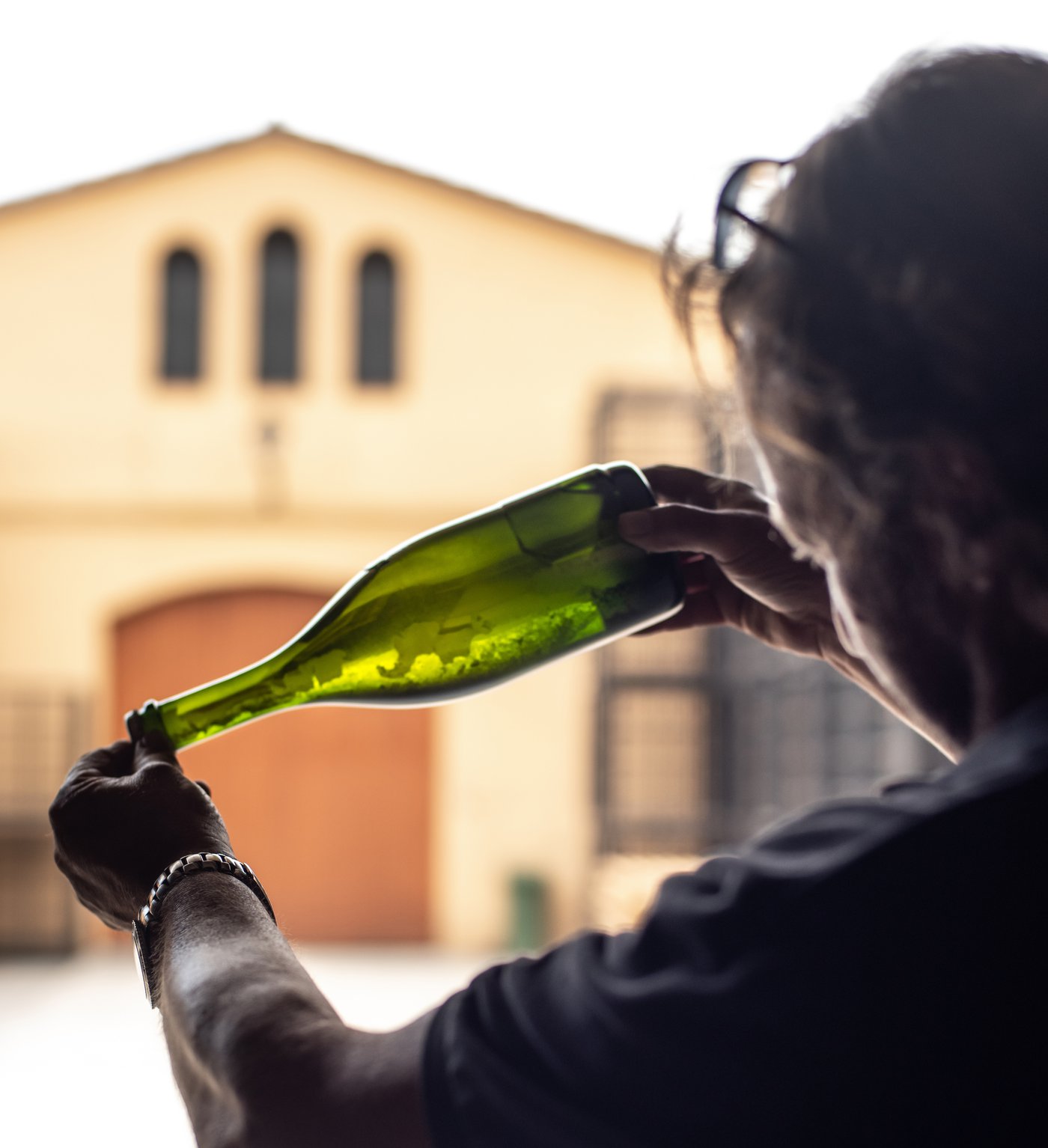 Although Cava bottles needs to be stronger and therefore heavier than those used for still wine, in order to withstand the pressure generated during fermentation inside the bottle, some wineries, such as Parés Baltà, Sumarroca and Codorníu, are working to reduce the amount of glass used, as well as greenhouse gases emitted throughout the production, transport and handling process.

According to Codorníu's estimates, an 11% reduction in the weight of the Cava bottle - which would still maintain the same height and size - could cut carbon dioxide emissions by 1,000 tons, thereby decreasing the winery’s environmental impact.

Other studies state that reducing the weight of the bottle by 20 grams would cut down the carbon footprint by 2%. This is clearly yet another opportunity to fight climate change and work towards sustainability and a cleaner future for generations to come.