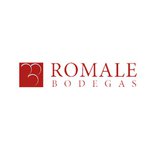 Bodegas Romale was founded in 1989 and is located in Almendralejo, the capital of Tierra de Barros in the centre of the DO Ribera del Guadiana appellation. The area is ideal for growing vines as its fertile soil is rich in nutrients formed of red clay on limey rock and is located at an average altitude of 500 metres above sea level. The climate is characterised by year-round sunshine with extremely hot summers and freezing cold winters, Atlantic winds and an annual rainfall of between 400 and 500 litres.