Vilafranca del Penedès, Wednesday 28 September 2022. This year’s production in the D.O. Cava has been determined by the continuous and above-average high temperatures, along with the successive heat waves experienced in late spring and early summer, which resulted in the harvest being brought forward to the beginning of August for the earliest areas and varieties. The general rise in temperatures along with this year's lack of rainfall have caused a significant reduction in quantity. The grape harvest has therefore been shorter, as the later varieties have also ripened earlier and have been harvested earlier than usual.

But in addition to the weather conditions, the 2022 D.O. Cava harvest will be remembered as the first when the grapes from plots dedicated exclusively to Cavas de Guarda Superior have been separated on arrival and during vinification in the winery, via a digital platform that communicates data in real time. The president of the Regulatory Council, Javier Pagés, also highlighted about the current campaign, that:

" The organic vineyard surface area continues to grow, due to the demand for Guarda Superior grapes ".

This season's grapes have been exceptionally healthy throughout the entire growing season. The grapes were harvested with a very good level of alcohol content, as well as sufficient phenolic ripeness and acidity. The decrease in production in the Cava D.O. was in line with the general fall in grape production in the other wine-producing D.O.s. The Cava D.O. has maintained its control and traceability requirements for this harvest, with around 100 monitors verifying the origin of the grapes in the D.O. wineries. According to Javier Pagés, this task:

"Is essential, and positions the Cava D.O. among the most demanding designations in the world".

The harvesting of grape varieties used to make Cava began in early August in the Viñedos de Almendralejo, with the Macabeo variety, and in Comtats de Barcelona (more specifically, the Pla de Ponent sub-zone) with Chardonnay. Harvesting then started in the Serra de Mar, Valls d'Anoia-Foix and Conca del Gaià sub-zones. The last areas to start were the Valle del Ebro, the Levante zone, and the Serra de Prades sub-zone (located in the Comtats de Barcelona). The harvest is still underway in the Levante zone with Macabeo grapes, Serra de Prades sub-zone with Trepat, and the north of Valls d'Anoia-Foix with the later Parelladas.

The grapes used for Cava have had a staggered ripening, with the international varieties Chardonnay and Pinot Noir being the earliest. The red grape varieties, in order of ripening, were Pinot Noir, Garnacha Tinta, Monastrell, and finally Trepat. Among the white grape varieties, the earliest is Chardonnay, followed by the three most predominant varieties in D.O. Cava: Macabeo, Xarel-lo, and Parellada, in that order. At the same time as the first two, Malvasía (Subirat Parent) also ripened.

This intense and beautiful period in the vine’s cycle is now coming to an end. It will lead to the production of the base wine, and eventually to the creation of another year’s exquisite Cava.

With more than 70% of international sales, CAVA is the Spanish D.O. that exports the most. The CAVA industry has over 38,000 hectares of vineyards and more than 6,800 winegrowers, and its 370 associated wineries are present in more than 100 countries. CAVA, which pairs harmoniously with every type of gastronomy, is made using the traditional method, with a strict commitment to origin, land and sustainability. 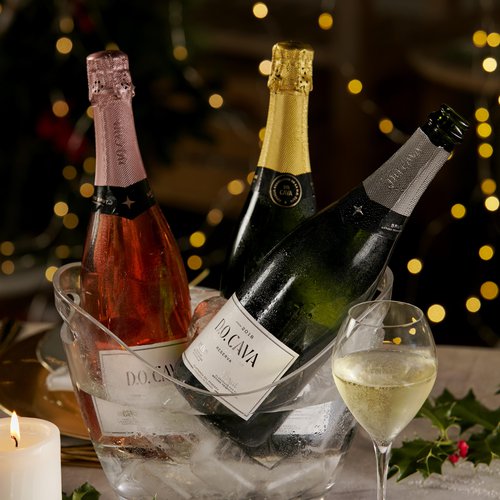 The D.O. Cava kicks off its Christmas campaign with a new TV advert 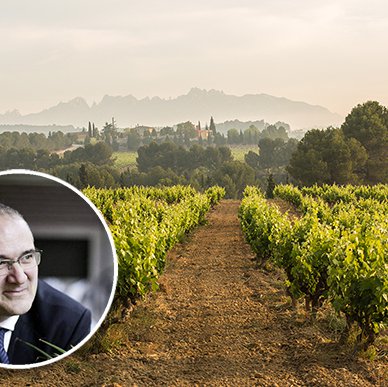 The guarantee of the Denomination of Origin seal: adding value to wines that are consumed all around the world 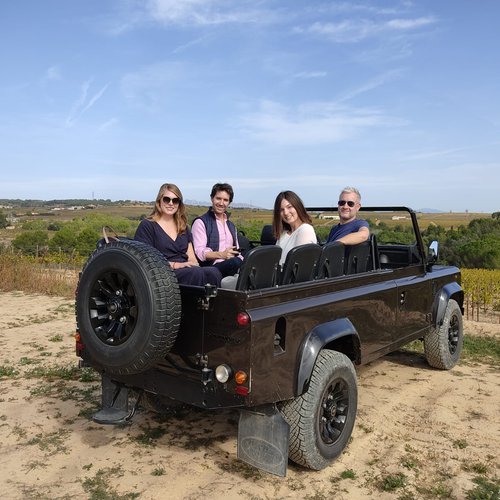 The Cava D.O. receives the eagerly-awaited visit of two well-known journalists specialised in wine communication in the United Kingdom